Having previously put its foot down regarding the proprietary nature of its instant messaging (see: Facebook bullies IM-provider Meebo), Facebook has demonstrated its desire to open its world to the masses by now embracing Meebo and their support of instant messaging via Facebook Connect. 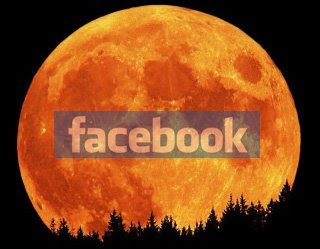 Jason Kincaid of TechCrunch points out that this has been a contentious relationship with anyone’s bet as to the outcome. Yet here we are barely 30 days after a public smack down and Facebook is touting the very company they were previously dissing. So, what’s really going one here?

Meebo tried to provide a valued service that real-world customers craved. Facebook pointed out that such effort violated its terms of service and wielded the big hand of the giant (meaning, if we don’t provide it – you can’t). Meebo said, “yes --- but can’t we all just get along?” And then…clarity set in. Facebook affirmed that they were in fact the giant, but realized that the giant is not necessarily the enemy of the populous; and that life shared was life to be enjoyed – by ALL.

More importantly, the giant has revealed that it can dance to popular music and stay in step with the desire of the masses. This is an important precedent (one that Microsoft and Yahoo should pay more attention too), and one that we can only hope is an indication of things to come. Data portability is the enabler that allows these things to happen, and acceptance of such need is the vehicle that drives evolution, revolution, and enlightenment of the giant.

To me, Facebook has always been that elusive idea that always avoided the mainstream, that was happy living in the fringes of my vision, and that survived by not intruding on my day to day. But, particularly recently, Facebook has elevated itself to a position of leadership – of showing the way that, while not perfect, nevertheless demonstrates movement in the right direction. To quote Herbert, “The Sleeper has Awoken” -- and we all do really wish that it is everything we hope it can be!

But is this really enough, or is it just baby-steps in disguise of innovation? Opening up to another service is one thing, but embracing open standards and providing integration leadership is another thing altogether. This announcement lacks the embracement of existing and open methodologies in favor of proprietary solutions provided at the direction and discretion of the giant.

Even so, is this a step in the right direction? Absolutely. Is it enough? Not a chance. On the one hand users should smack Facebook for ignoring the entrenched standards that form the pillars of openness, on the other, they should applaud them (and encourage them) for finally moving in the right direction. But we should ALL remind Facebook that this is a work in progress and to not stray from the path. We encourage the effort and look forward to the next steps on the path to enlightenment – and ready the whip for deviation.
Posted by Unknown at 11:27 PM