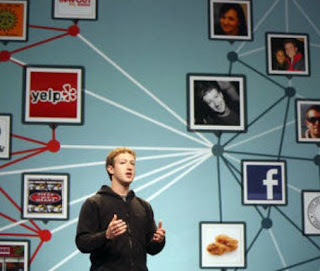 Today, Mark Zuckerberg, CEO of Facebook, made his strongest endorsements of Data Portability to date. Speaking from the company’s Palo Alto offices earlier today he stated:

“There is this concept of data portability that we’re trying to enable. We believe that people own their information and not only should they have control over it, but they should be able to take it to other services.”
This is a bold pronouncement from a company that has all too often been perceived as being more closed than open when it comes to data policies.

Of course the devil is in the details, particularly in understanding better what he means when he says “this concept of data portability that we’re trying to enable” – hopefully the “concept” is the same one most other folks understand to be regarding data portability.

As for the rest of his statement, it is a significant milestone for him to say “people own their information” and that they “should be able to take it to other services. If this holds true, then Facebook may be on the verge of becoming the largest and most influential supporter of data portability – to the significant benefit of all.

Still, Facebook has been here before – having initially joined the non-profit Data Portability organization and then largely remaining on the sidelines.

Hopefully, this all comes to pass and Facebook becomes the shining example of how a large company can balance direction and profitability with open data policies. If not, Mark’s words will likely become a rallying point that will surely stick in his side.

But, for now we’ll take him at his word, literally, and hope that the corner has turned. If this is in fact the case, then one of the best things that Mark and Facebook could do is to enact an official Portability Policy – just like those suggested by the recently released PortabilityPolicy.org from the Data Portability organization.