How I Came to Uninstall IE9 BETA in 5 Minutes

First, let me say that I am a long-time Microsoft fan. I’ve met Bill Gates a few times and have had dinner with Steve Balmar (back in the original “Year of the LAN” days). That’s not to say that they don’t frustrate or disappoint me from time to time – they do, like everyone else (myself included now and then). Which leads me to the recent BETA release of IE9. I am excited to see HTML 5 support finally make it to the IE platform and was looking forward to testing it on my computer. I am a frequent tester of early release software, so I have no problem with Alpha or Beta releases – however, when the BETA stamp is on it I do have a reasonable expectation that general functionality will work. 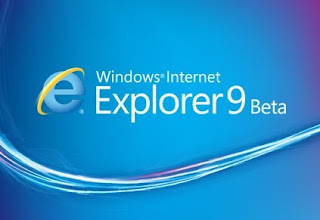 My experience with IE9 BETA started well enough --- the system downloaded and installed easily and had no problem that I had other browsers open at the time (IE8, Chrome, and Firefox – yes, I use ALL of them for testing). Once installed I was politely asked to reboot the system, which I did, and (eventually) up came my computer. Everything appeared normal and in its place. There was no obvious magical IE9 button and all of my IE icons on my desktop were intact. So, I clicked on the first one and PRESTO, up popped IE9.

I’ve already been following the progress of IE9 so I wasn’t surprised at the new toolbar design and top screen real-estate efficiencies. It is certainly different and will take some time to get used to it, but my initial reaction was positive. The new IE9 opening page is very nice and really shows off some of the cool things we can all expect to see as HTML 5 starts making its way across the web. The first “normal” page I navigated to was a simple static HTML page and everything looked great; after that, not so much.

After all the hubabaloo regarding flash, I was really surprised that the first page I went to with a simple embedded flash object did not work; that’s not to say it didn’t display --- it did – sort of. IE9 made Flash flash – literally. As I scrolled down the page, the flash object alternatingly was there, then disappeared, then flashed in a strange strobe-like manner! Ok, I thought, not ready for prime time, but I’ll just resume my development projects back on IE8 and “play” with IE9 when I get a chance. Not so fast – ALL of my IE icons now link to IE9! So, IE9 has got to go.

Trying to uninstall IE9 was itself an adventure. It does not show up on the installed programs list and took some time to figure out how to get it off without causing damage. But for now, it is gone. In hind sight, it would have been much better if it had left all of my existing links and applications alone, and simply installed a new icon to use for testing. In any case, I’ll try again at some point and hope that they continue to evolve the product. IE9 is REALLY important to Microsoft --- its success means the difference of carrying on a dynasty, or handing the reigns over to Google Chrome; IMHO.
Posted by Unknown at 9:12 AM